Events and activities are the pulse of our campus. For the most up to date information on all campus events, check out the SUNY Oswego Events Calendar.

The Laker Life Calendar includes events spearheaded by Oswego's more than 200 student clubs and organizations. Our events and activities include long-held traditions and chances to explore new experiences. They are an opportunity to learn about histories and identities both familiar and new, and to respond with intention to things happening on campus, in the local community, on the national stage, or around the world. 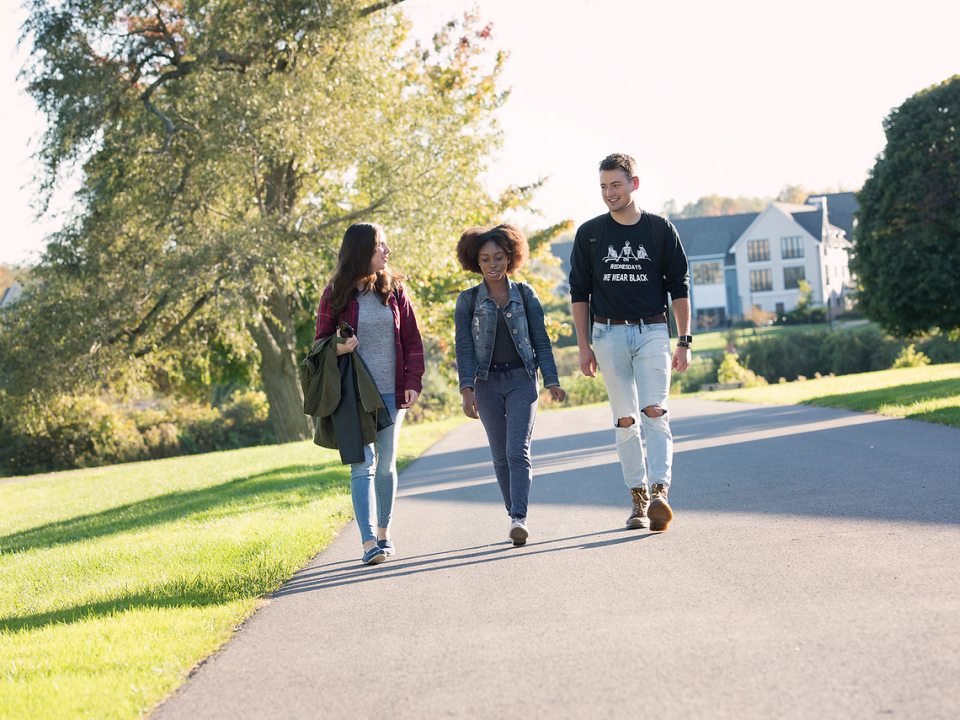 Fall 2021 - Spring 2024
Beginning in fall 2021 and for the next three years – across all disciplines, departments and divisions – the SUNY Oswego campus community will deeply engage with multi-dimensional issues of the social construction of racial identities, complex systems of oppression and privilege, and societal transformation. This Grand Challenges effort will give Oswego students, faculty and staff a unique opportunity to address the impact that race, racism and social justice have across every aspect of our global community.

Learn More about our Grand Challenge 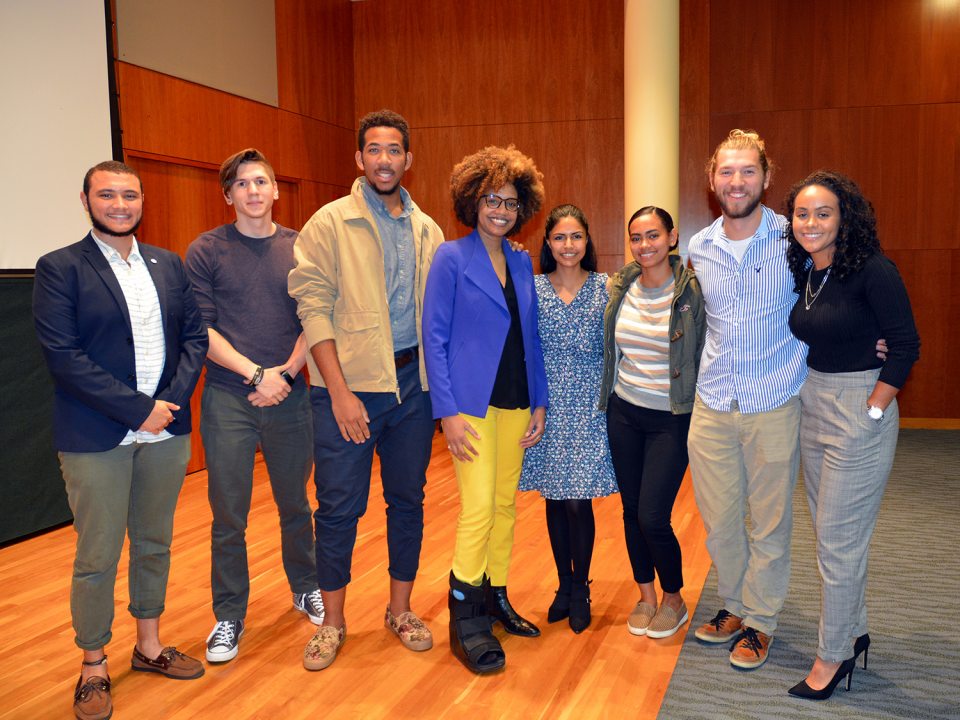 I am Oz Diversity Speaker Series

I am Oz Diversity Speaker Series, organized through the Division of Student Affairs and Enrollment Management, brings diverse speakers with compelling stories to campus, such as Gabby Rivera, author of America, the debut solo series for America Chavez, Marvel’s first queer Latina superhero,  and Yusef Salaam, one of the "Central Park Five", who shared his commitment to advocating and educating people on the issues of false confessions, police brutality and misconduct, press ethics and bias, race and law, and the disparities in America’s criminal justice system. He was wrongly convicted for the vicious rape and attack of a young woman in 1989 and exonerated in 2002. (This event also takes place in the spring semester.)

LEARN MORe about the series 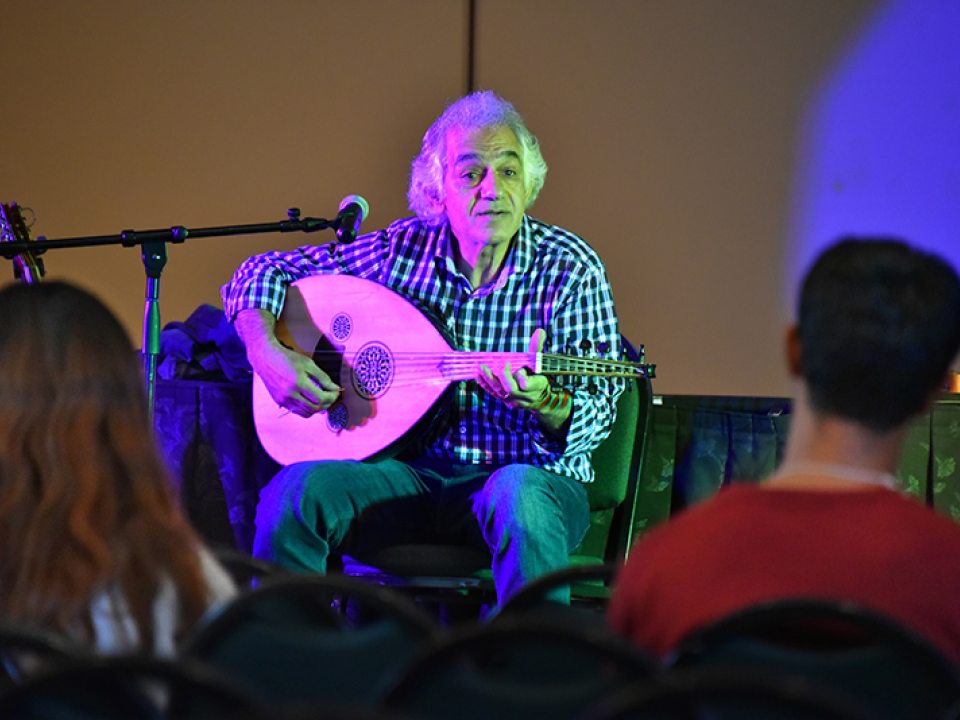 Sponsored by the Institute for Global Engagement (IGE), the annual "Year Of" program features a different country every year through a planned series of academic and cultural events including lectures, visiting scholars, artist residencies, student exchanges, and special seminars. Countries featured so far include Brazil, India, and Korea. 2019-20 was the Year of Turkey, and 2020-21 is the Year of Native Nations, highlighted in the Global Awareness Conference held every year in the fall in partnership with Artswego. 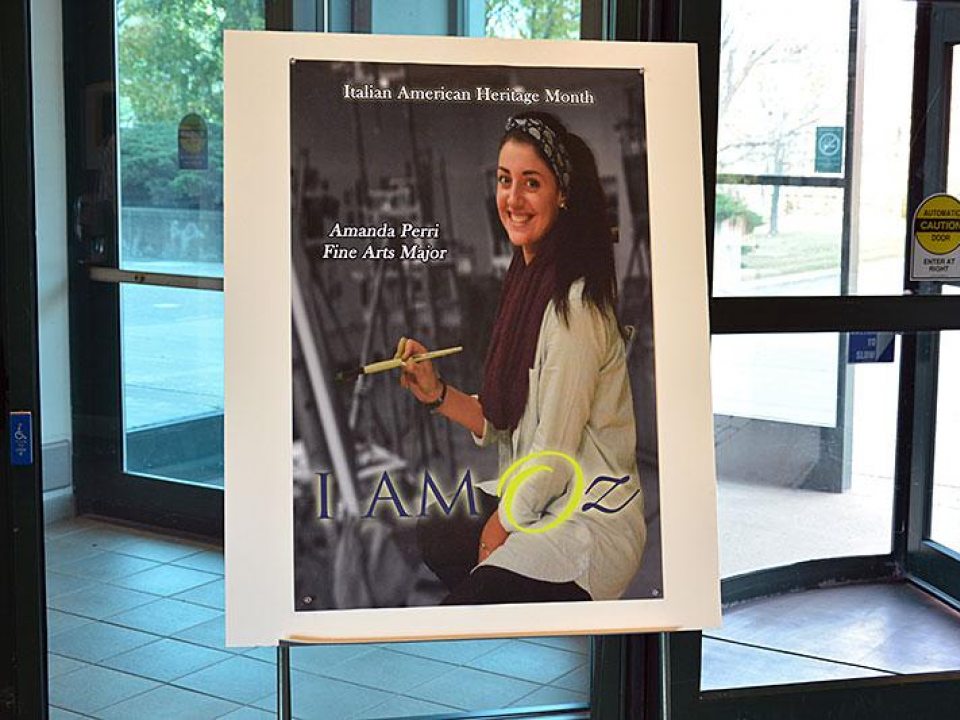 The I Am Oz Campaign began in Fall, 2014 and continues its observation of all federal heritage months.  Faculty, staff, and students belonging to the various ethnic groups recognized in the federal heritage months are featured on posters across the campus to bring increased awareness to the diversity on our campus.

LEARN MORE ABOUT I AM OZ 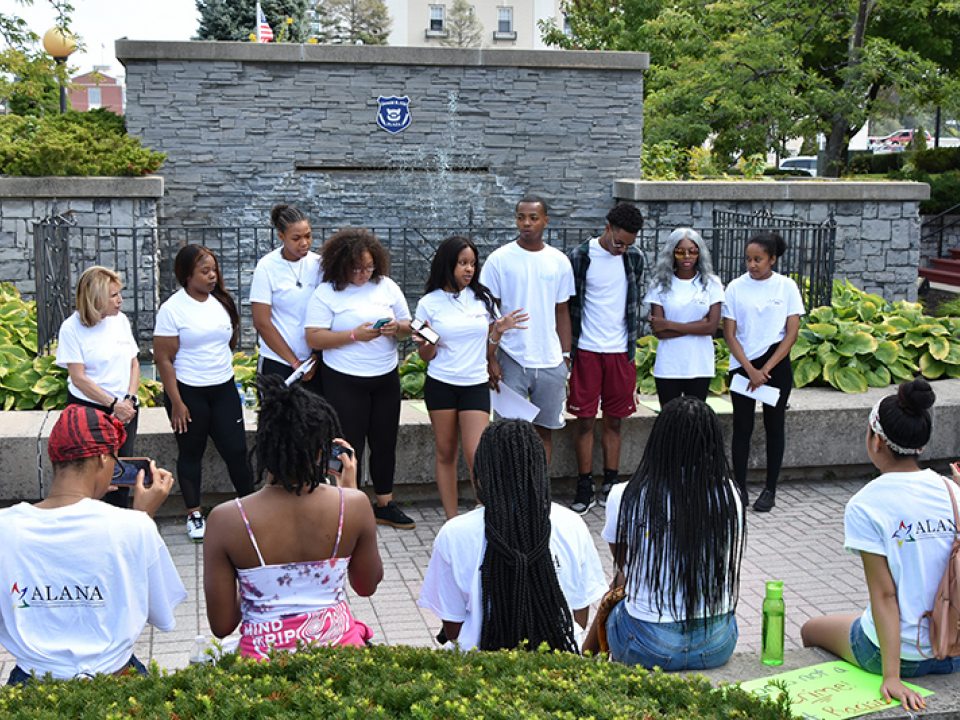 ALANA (African, Latino, Asian and Native American) Student Leadership Conference promotes a multicultural environment at SUNY Oswego, which will allow all members of the campus community, as well as those from other colleges and universities, to interact positively in an atmosphere of mutual consideration and understanding. 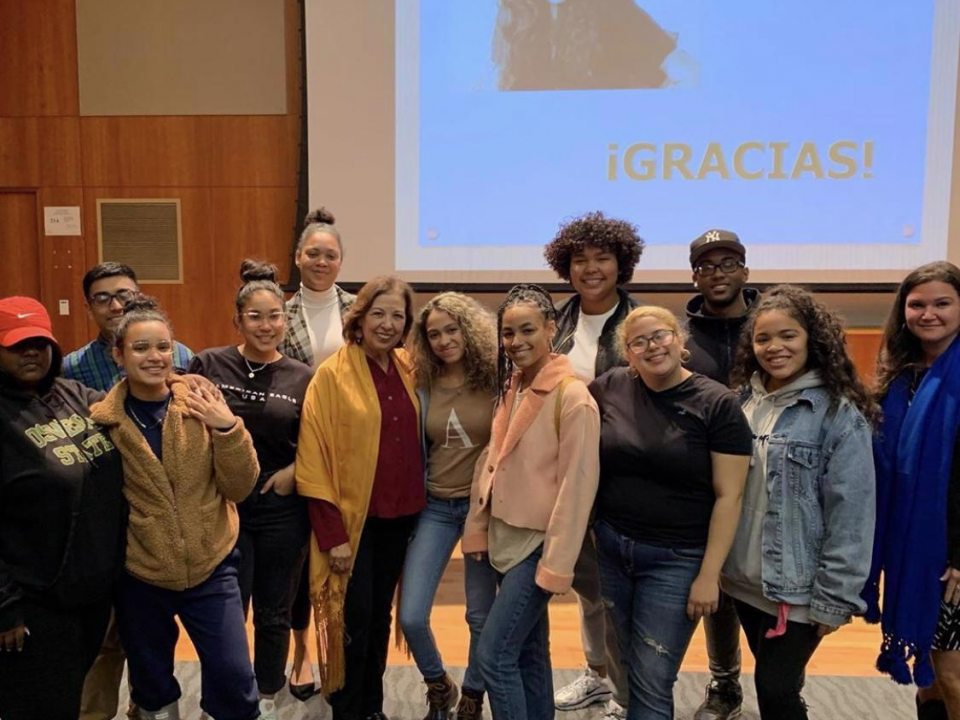 Officially titled “Hispanic Heritage Month,” this 30-day sequence began as a week-long celebration in 1968 called “Hispanic Heritage Week.” It was expanded in 1988 to begin on September 15th and run until October 15th. Several Latin American nations celebrate their independence days during this 30-day span, as well as critical moments in the histories of their nations as they fought for independence. 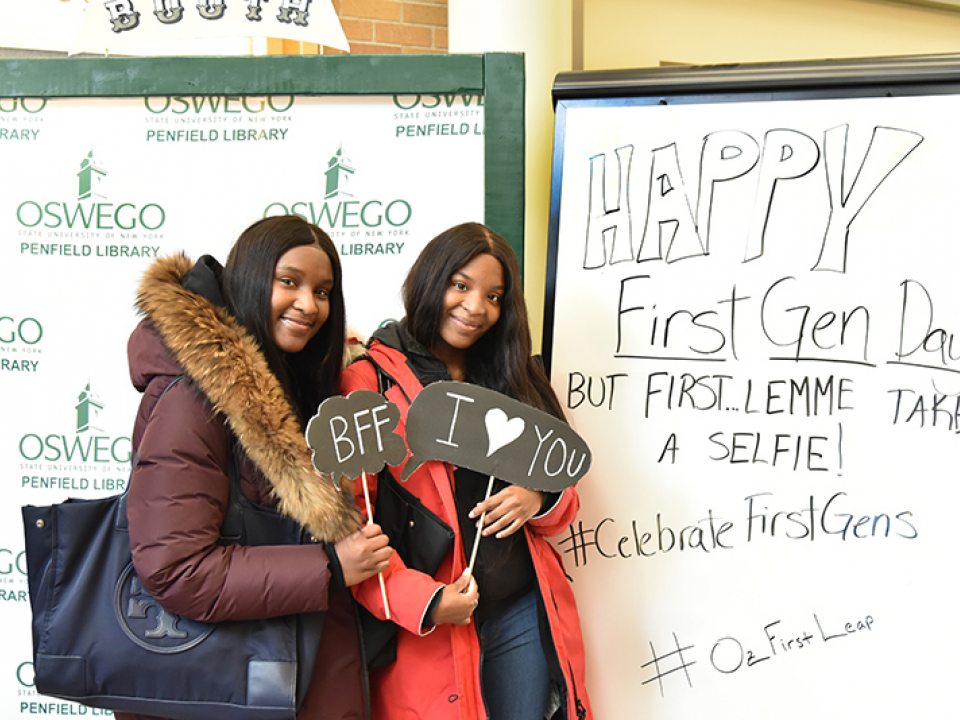 With 29 percent of SUNY Oswego students counted as the first generation in their families to attend college, a new FirstLEAP Coalition for First-Generation College Student Support team on campus looks to both address these students’ needs and celebrate their accomplishments. 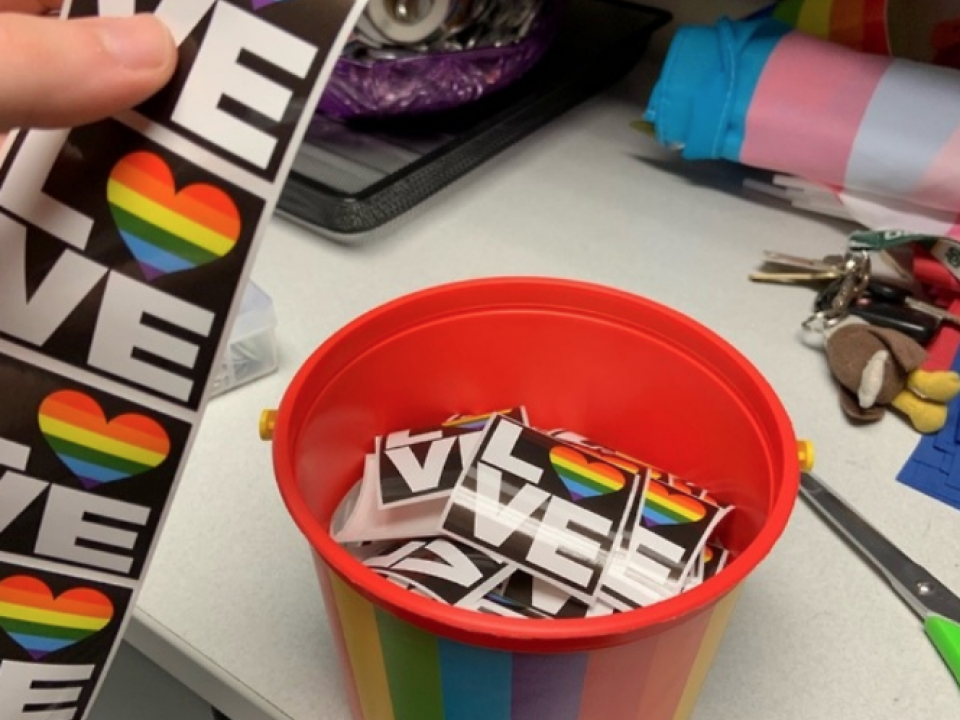 National Coming Out Day on October 11 is an annual celebration of those in the LGBTQIA+ community who choose to and are able to come out and share their identity with others. It's also a good time to reflect on the challenges and dangers many people still face that prevent them from coming out. Past celebrations have included open mics, makers events, and fun freebies like t-shirts and buttons. 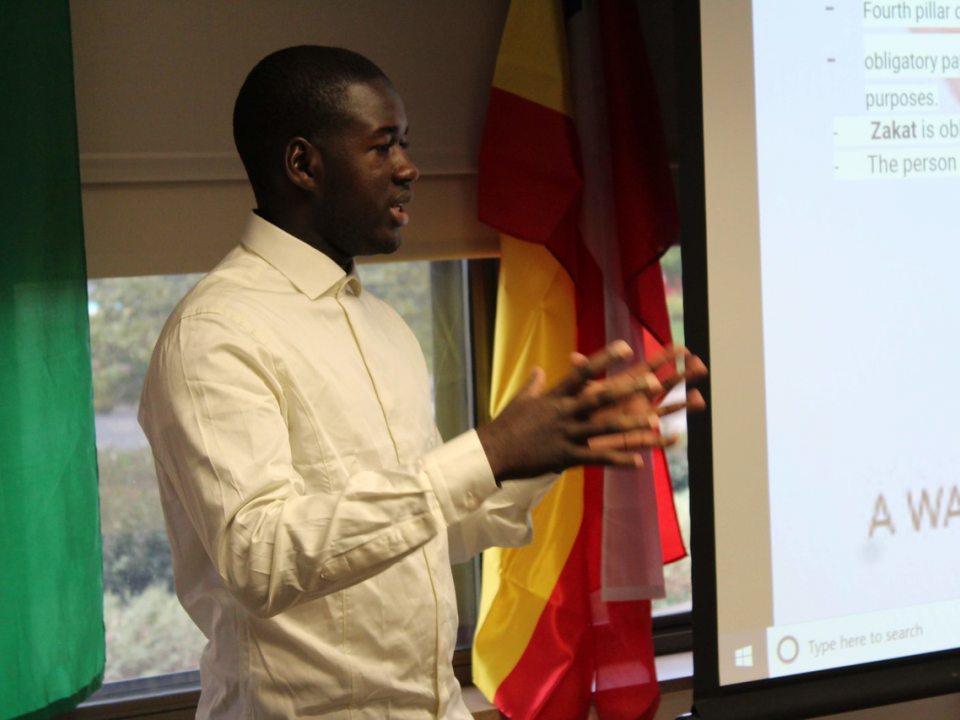 The Hart Global Awareness Conference (GAC) is a day and a half on-campus conference that gives students, faculty, staff and members of the community the opportunity to learn about other cultures and global issues as well as present on topics they are passionate about. These presentations include a wide range of topics and formats. Presenters are welcome to create talks, posters, exhibits, demonstrations, and activities for the conference attendees. 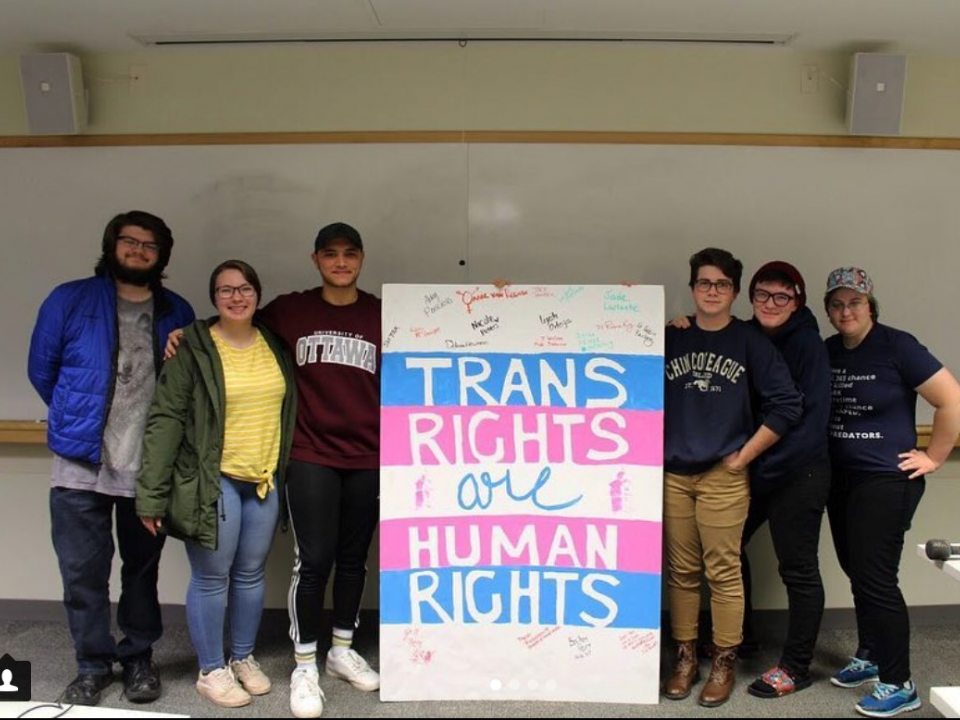 Transgender Day of Remembrance (TDOR) is an annual observance on November 20 that honors the memory of the transgender people whose lives were lost in acts of anti-transgender violence. Various organizations on campus, including Pride Alliance and the Queer and Trans Outreach Center honor this day. 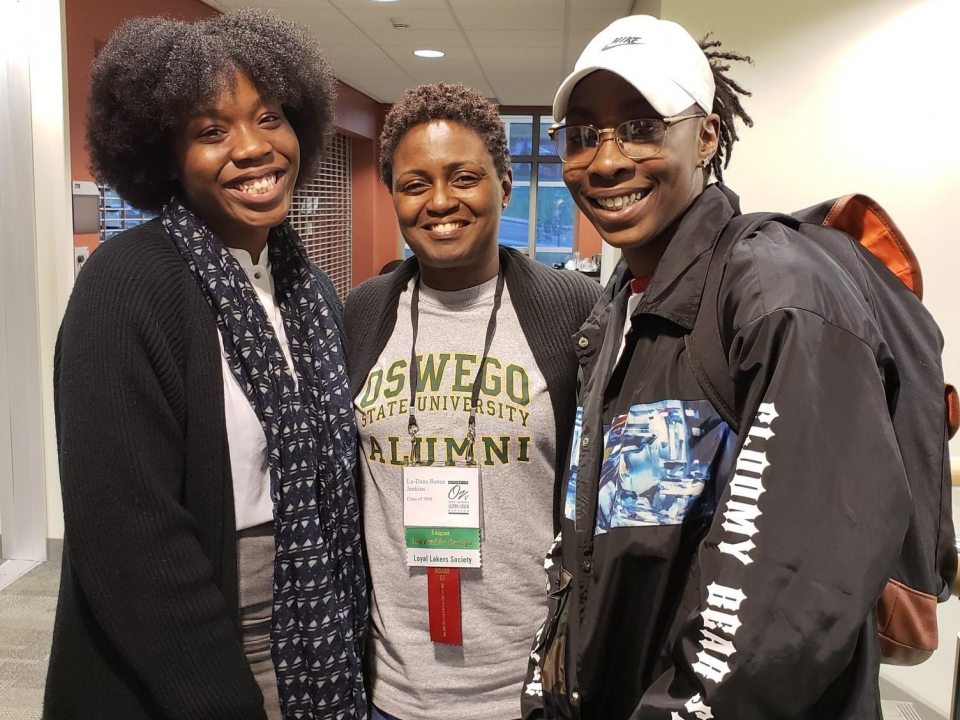 Every five years since 1996, Return to Oz - Alumni of Color Reunion has offered a fun fall weekend of music, laughter and good times with friends old and new. 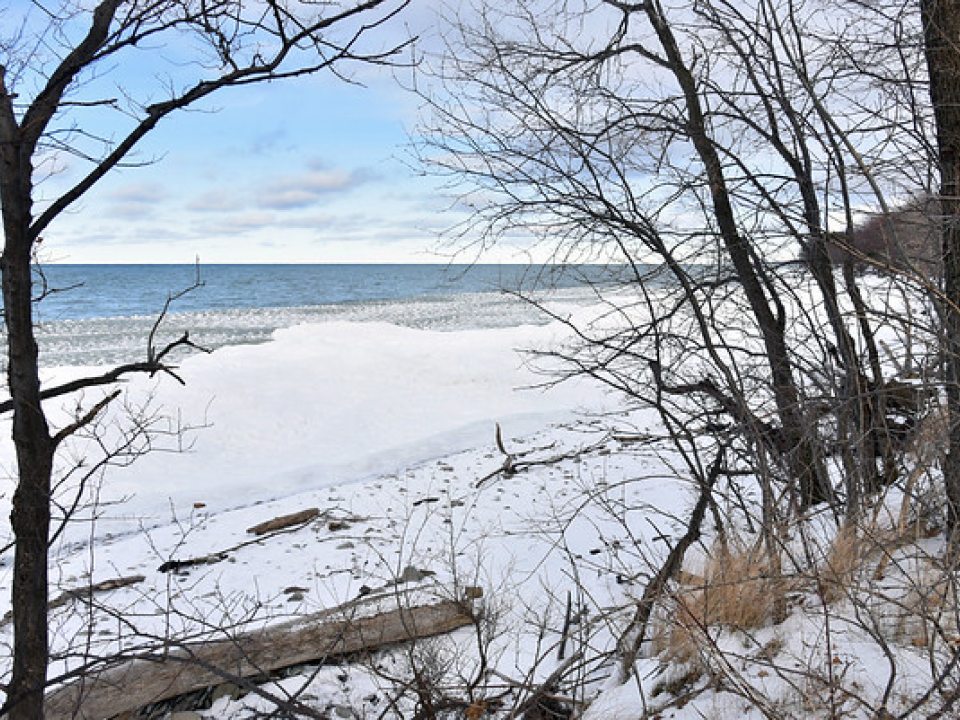 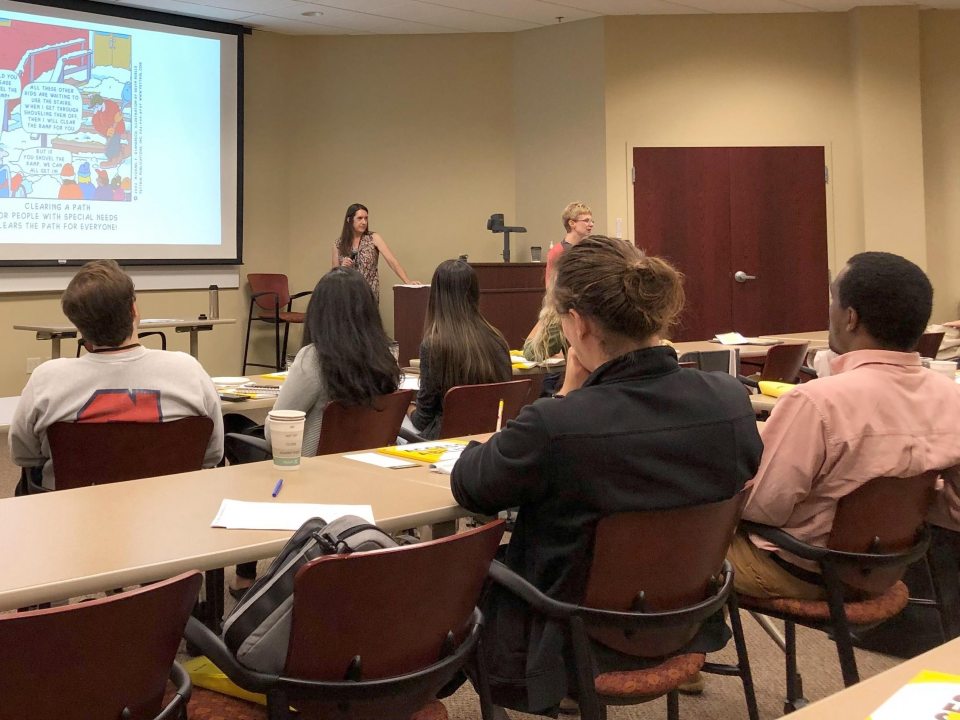 Presented by the Workgroup on Accessibility Practices, this event kicks off the year with step-by-step guidance on how making minor changes to digital documents can have a big impact on accessibility. 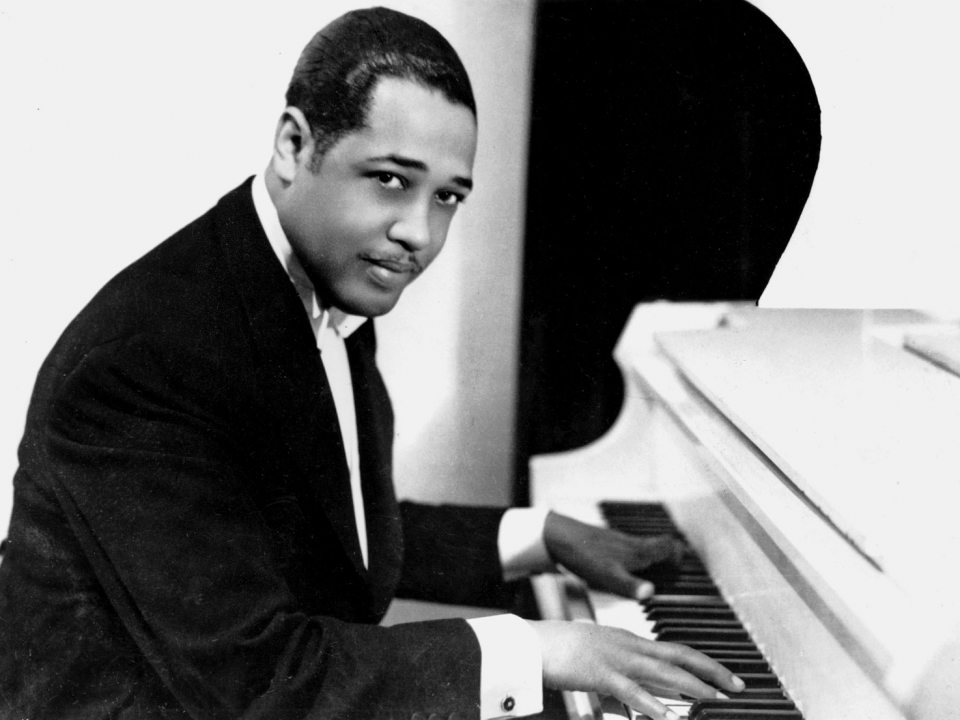 Every February we honor Black History Month through hosting a series of events, performances, lectures, and guests. These events are an opportunity for the community to come together to learn about, share, and celebrate the achievements of Black Americans throughout our history. 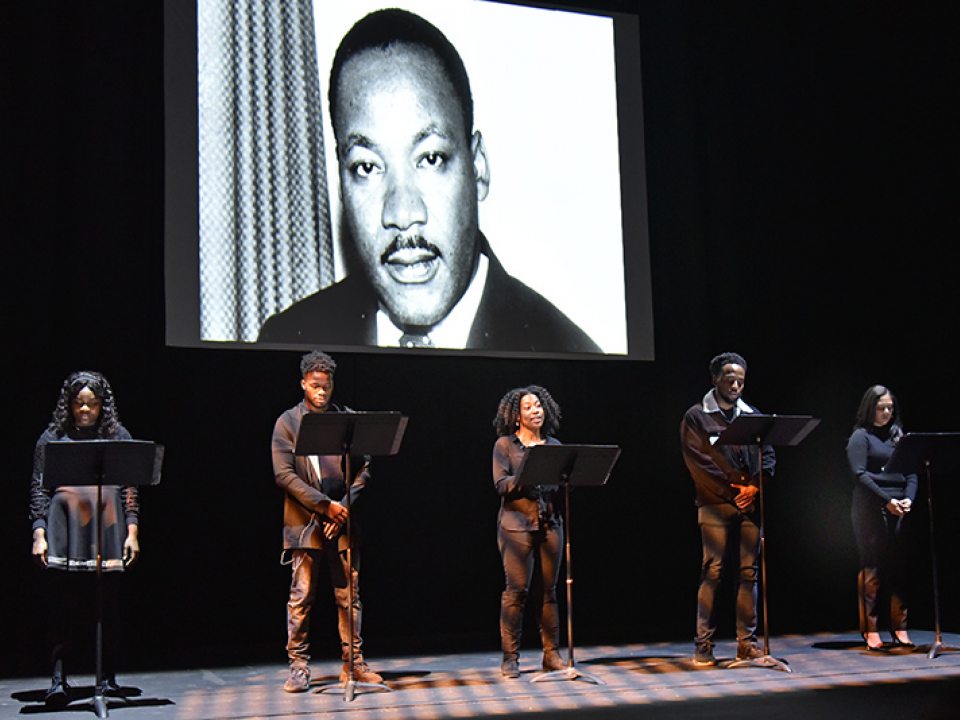 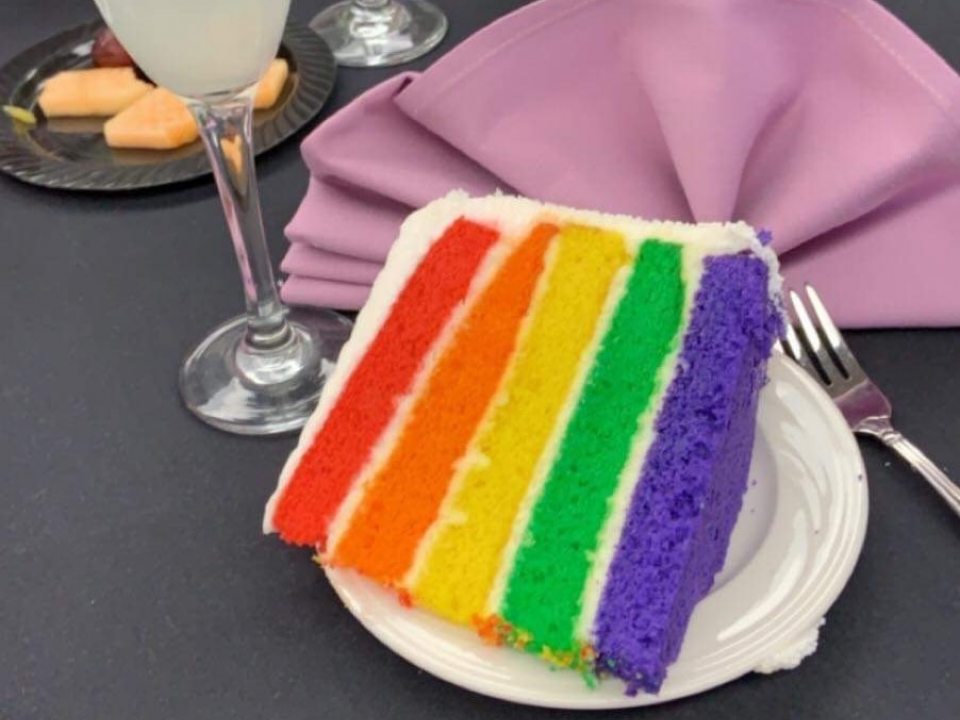 Lav Grad is Pride Alliance's annual graduation ceremony to specifically honor and recognize graduating LGBTQ+ students. It's also a time where faculty, staff, other organizations, and students can be recognized for their activism and support for the LGBTQ+ community on campus.