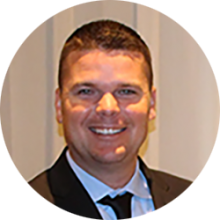 The Distinguished Alumni Award recognizes an alumnus who has made significant contributions to the community, has achieved particular excellence, exemplifies the spirit and goals of civic involvement and community trusteeship, and provides continuous support to Leadership Oswego County. Atom Z. Avery clearly embodies this designation. He is a full-time business manager, developer, and entrepreneur overseeing the day-to-day operations and management of the various properties and businesses he owns; Avery Rental Properties, LLC, Beacon Hotel, All Seasons, Inn, and The Gardens By Morning Star. Formerly providing security services to Entergy Nuclear, he resigned in 2012 to become a full-time entrepreneur.

Since dedicating his efforts on his businesses full time, he was earned several awards and recognitions for his efforts such as the 2013 Oswego County Business Magazine’s “40 Under 40 Award,” 2014 Oswego County Federal Credit Union National Recognition “Under 40 Board Member,” 2014 US Small Business Administration’s “Business of Excellence Award,” and most recently, the 2016 Oswego County IDA, “Dee Heckethorn Entrepreneur Award.”

He currently serves on the Board of Directors for Oswego County Federal Credit Union and Oswego Health. He has invested millions of dollars into the community in which he lives. As such, he sponsors organizations such as Habitat for Humanity, Oswego County Historical Society Silent Auction, Oswego Harborfest, YMCA Skate Park, Run for Dennis 5K Run/Walk, Outrun Autism, Oswego Youth Hockey, and numerous community fundraisers and benefits.

Atom is dedicated to business excellence and retains strong family values. He resides in the City of Oswego with his wife, Falecia, who has partnered with him in these endeavors, and their three children.